Journey to the Heart of the world 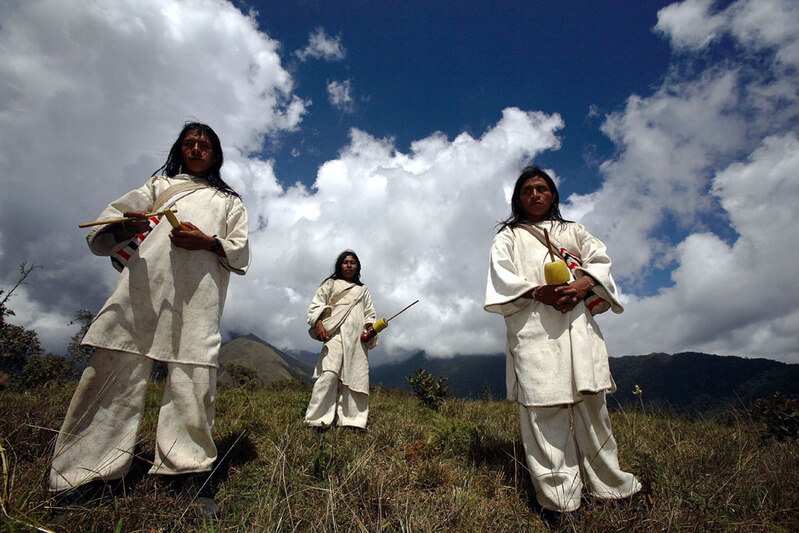 A journey back in time… It was in New Zealand, in 1994, when I was 18, perhaps 19. That week someone had left a video tape at my brother’s house, and remarked to my brother, “You must watch this documentary, it’s about a lost tribe in Columbia with a message for the world.” I don’t know who he was, and yet his small act was a significant juncture in my world. The tape had come from overseas, either from a TV recording, or perhaps it was copied from an original. In all likelihood I was one of the few people in New Zealand to see it. Scrawled on the tape’s little white label was, “From the Heart of the World.” The BBC documentary I watched that day was “From the Heart of the World: The Elder Brother’s Warning” (if interested, you can watch it here ). It was the first public message from a genuine and pretty much fully intact pre-Columbian indigenous tribe who live high in the Sierra Nevada de Santa Marta mountains of Columbia . This has been their home for millennia and they are the only surviving culture there that did not get annihilated by the arrival of the Spanish conquistadores over 500 years ago.  In the 1980’s they came out of seclusion to let humanity know the Earth was being destroyed, through human activity, and that She needed our help and cooperation. The Western World was not as aware as we are now of the many environmental issues we’re creating, and the rapidly unfolding ecological collapse we are in the midst of. Our scientists call it the “sixth extinction”—reported to be the first mass global extinction event known to be caused at the hands of humans. Perhaps the Kogi spoke too soon for us to understand? Whatever the case, the state of the Earth continued to get worse. Much, much worse.

Now, whilst some folk might suggest I was simply out dreaming in the flower patch… Here’s an interesting twist to this story: That morning I knew, as clear as one can know something, that one day I would meet the extraordinary people I saw on that film, and that they would be of great significance to my spiritual journey and to my purpose in the world. A Vision Fulfilled Fast forwarding… and cutting a long story short… about 18 years later, through a number of “chance” encounters, for the first time I meet someone who has heard of the Kogi and, to my surprise, had actually met them. He was trained by an exceptional spiritual Maestro and teacher from Columbia who works very closely with the Kogi in their ongoing mission to help restore balance on the Earth. A few months later, in North America, I enter into a long-term training with the legendary Colombian Maestro, and there I am in Florida sitting before the same Kogi Mama (a “Mama” is a Kogi shaman/priest/spiritual elder) who I first saw on that TV in my brother’s living room about 18 years earlier. He is the most humble and dedicated human being I have ever had the good fortune to meet. After spending the first 27 years of his life in intensive training, this now 94 year old man devoted his entire being to be in service to what they refer to as “The Divine Mother,” our Great Mother Earth. My teacher, also considered by the Kogi to be a full-fledged “Mama”, lives with the same tireless dedication.

The Present Fast forwarding again, and I am now in the third year of my training. Less than two weeks ago I was invited by my mentor to travel to Columbia, his homeland, and engage in 3 weeks of spiritual pilgrimage and holistic training there. It’s a journey to the Heart of the World, fully sanctioned by the indigenous custodians of the region. It’s a rare opportunity I would be a fool to not accept. We will depart in late September, a day before my 40th birthday. A call for support Since May 2015 I’ve been living in New Zealand, establishing this charitable trust—akin to a 501(c)3 in the US—and making the necessary preparations to bring my mentors and the Kogi indigenous knowledge to my homeland. With the close guidance of my mentor we will establish an holistic education centre here, to provide training and education in how human beings can exist in harmony with the Living Earth. This trip to Columbia is a key part of that process, and of my on-going training. The Kogi, and other indigenous wisdom holders, hold many of the most fundamental keys to Natures’ hidden secrets… ancient knowledge, methods, and practices that even modern science is now starting to recognise have tangible positive effects on the environment, on ecosystems, and on the overall balance of those living systems. (Refer to the recently released documentary, ALUNA , to gain further insight into this). Reaching out I am reaching out for support from people who know me and who are perhaps familiar with the charitable work I do. I am also reaching out to people who may not know me in person, and yet are moved by what I’ve shared, and the cause I am dedicated to. My mission in life is one of service… to the Earth and to people like you and me. If you feel moved to assist, please do.

Contributions of any amount are very helpful and gratefully received.  Even just a few dollars. It all adds up. That’s the power of crowd funding. Go to the campaign here. From my Heart to yours… I give thanks. Jonathan Evatt

P.S. NOTE… If the amount collected from this GoFundMe cause ends up being more than my total trip expenses (which I estimate will be somewhere between US$2700 to $3500, 100% of the excess proceeds will be donated to the registered NZ charitable trust, Koginka Sewaluna Foundation Aotearoa. ALUNA: THE MOVIE Since the BBC released the original Kogi message I watched in 1994, the Kogi have released another movie. It came out last year. Please watch and support it, as its message is deeply moving, inspiring, and important. It’s call ALUNA: THE MOVIE UPDATE: PAYPAL… Some people have asked about how they can donate with Paypal. Unfortunately GoFundMe is not set up for Paypal. If you’d like to contribute using Paypal funds, you are always welcome to do so directly. Just send me a message to ask for details. 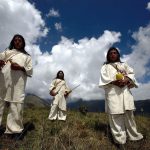