Koginka Sewaluna Foundation Aotearoa was founded with the following intentions:

Human Beings and
the Earth

There was once a time when human beings existed in sacred relationship with the Earth and all Creation. We would feed, nourish, and harmonise, in consciousness, all that that was life-affirming.

That time is now.

The Koginka Sewaluna Foundation Aotearoa has been created to bring the awareness of all inhabitants of our planet Earth the underlying causes and reasons which have ultimately produced the undeniably critical situation humanity has arrived at, possibly to a point of no return. The unprecedented situation humans are facing right now, and the global disorder and disharmony that has reached all levels and status of our society, is so real, harsh and threatening that it is impossible to deny or to pretend to be oblivious about it. Over recent decades, many causes and reasons have been exposed as to why humans have arrived at such a dangerous and critical situation. Koginka Sewaluna Foundation Aotearoa is a non-profit/charitable organisation dedicated to the restoration and proliferation of the Original Wise Ways innately known to all human beings courageous enough to live with Heart. Most indigenous and pre-Christian-conquest cultures and civilisations actively recognised and lived according to these Wise Ways of the Heart.

Koginka Sewaluna Foundation Aotearoa works in close alliance and a deep association with the Koginka Sewaluna Foundation, a registered 501(c)(3) non-profit organisation in the United States. By virtue of this alliance our activities are in close alliance and affiliation with the Kogi Elders of the Sierra Nevada de Santa Marta mountains in Colombia. The Kogi are one of, if not the only, last remaining and in-tact tribe of pre-Colombian indigenous people who live in full conscious awareness of what they refer to as the Original Wisdom of the Divine Mother, of our Great Mother and Earth. They attune most particularly to what they call Aluna, which essentially refers to the Mind of the Mother, or

the original creative dimension in which all physical phenomena are formulated and subsequently arise into manifest reality. 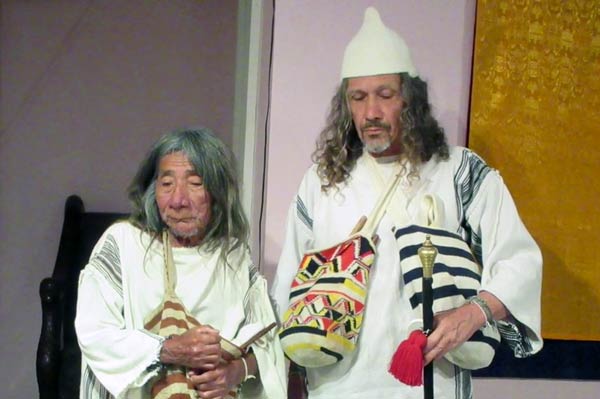